MOORESVILLE, N.C. (October 1, 2020) – NASCAR Xfinity Series playoff contender Justin Haley will return to the seat of Spire Motorsports No. 77 Chevrolet Camaro ZL1 1LE in Sunday’s NASCAR Cup Series Yellawood 500 at Talladega Superspeedway where Parts Plus will be featured as the team’s primary sponsor.

Haley, a native of Winamac, Ind., has earned Xfinity series victories at both Talladega and Daytona International Speedway (DIS) in 2020 and currently sits fifth in points on NASCAR’s junior circuit with six races remaining to determine the series’ champion.

Over the course of this season, Haley has notched a pair of Xfinity Series wins while racking up eight top-five and 17 top-10 finishes. He’s completed 98.7 percent of the laps contested in 2020 while leading 101 laps.

“I’m beyond excited to get back behind the wheel of the Spire Motorsports 77 this weekend at Talladega,” said Haley. “Peter (crew chief Peter Sospenzo) and the whole team at Spire have been behind me since day one, and I’m so fortunate to get the call to come back and drive for them. Hopefully we can pick up where we left off last summer in Daytona.”

The 21-year-old driver has four previous Cup Series starts to his credit, including a surprise win last season in the Coke Zero Sugar 400 at DIS.

“Justin Haley is one of the savviest superspeedway racers in the sport and his pedigree at Talladega and Daytona speaks for itself,” said Spire Motorsports co-owner T.J. Puchyr. “Justin helped put Spire Motorsports on the map when he and Peter Sospenzo won at NASCAR’s highest level a little over a year ago at Daytona. We’re thrilled to have him behind the wheel of the Parts Plus Chevrolet this weekend at Talladega Superspeedway. He has an incredibly bright future and we’re proud to be part of it.”

The Yellawood 500 from Talladega Superspeedway will be televised live on NBC Sunday, October 4 beginning at 1:30 p.m. Eastern Daylight Time. The race will also be broadcast live on the Motor Racing Network and SiriusXM NASCAR Radio Channel 90. 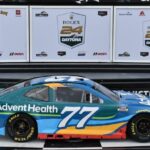 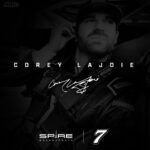