CONCORD, N.C. (June 22, 2021) – When the NASCAR Cup Series returns to Kansas Speedway October 24 for the second race in the round of eight, many drivers will be looking to grab the spotlight as the season winds down.

Spire Motorsports announced today that Circle B Diecast will be the primary sponsor on Corey LaJoie’s No.7 Chevrolet Camaro ZL1 1LE in the Hollywood Casino 400.

LaJoie’s car will feature a throwback paint scheme paying tribute to the 1983 film “Stroker Ace” starring Burt Reynolds, who plays a NASCAR driver at odds with his unscrupulous car owner. Reynolds was joined by Jim Neighbors, Ned Beatty, Loni Anderson and Bubba Smith in the 1983 comedy directed by Hal Needham.

“We have worked with Corey for years and have enjoyed being a part of his career,” said Brent Powell, President of Circle B Diecast. “Having sponsored both of his races at Kansas last year, when it was announced that he would be joining Spire for 2021, we knew we wanted to be a part of it.

“When thinking about schemes for the No.7 we wanted to come up with something fans would enjoy.  As a teenager in the 1980s, Stroker Ace was always a favorite of mine. The team at Spire really knocked this scheme out of the park, and we really hope the fans enjoy it!”

In nine previous Cup Series starts at the Kansas City (Kan.) oval, LaJoie has logged four top-25 finishes, including a career-best 21st-place effort in July 2020. The Concord, N.C., native also has one NASCAR Xfinity Series’ and one ARCA Menards Series’ start at Kansas Speedway, dating back to 2011.

“As one of my all-time favorite movies, it’s pretty cool Circle B Diecast has come up with a paint scheme to honor ‘Stroker Ace’,” said LaJoie. “Ned Beatty, who played Clyde Torkle in the film, passed away recently and had a terrific career. This is a great opportunity to honor not just Ned, but also Hal Needham, Burt Reynolds, Jim Neighbors, Loni Anderson and Bubba Smith. I’m really looking forward to giving Brent and Ladonna’s Circle B Diecast Special a good run when we get back to Kansas in October. And remember, Circle B Diecast has the fastest shipping in the south!”

About Circle B Diecast …
Circle B Diecast was launched in September 2020 when Brent and Ladonna Powell split their wholesale and retail businesses into two different websites to better serve each customer. As markets changed and the industry footprint grew, Circle B Diecast entered the retail market to offer premium racing memorabilia to consumers who weren’t lucky enough to have a local racing store. What was once Plan B Sales, focused solely on wholesale distribution, has evolved into a full-service entity offering both direct-to-consumer and distributor sales, while managing both apparel and die-cast collectibles. 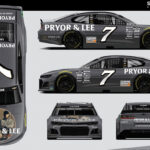 NASCAR's Attendance Problem and its Impact on Sponsorship 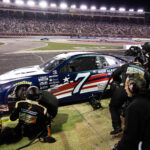