Companies spend vast amounts of time and money in creating profiles and understanding their target consumer. When a potential sponsor begins the vetting process of a NASCAR sponsorship as an outlet for their marketing engagement it is critical that their company’s demographics line up with the audience. Unfortunately, stereotypes have often portrayed all NASCAR fans as southern, beer drinking rednecks. While there may be some truth in stereotypes, NASCAR has one of the most diverse audience profiles in the entire scope of professional sports. Which leads us to: who exactly is the modern NASCAR fan and what does that mean for sponsors trying to reach that audience?

Understanding the NASCAR Fan
The demographics of the modern NASCAR fan have seen an increasing shift over the course of the past two decades. In fact, when comparing demographics, the sport that aligns most in comparison (and the one I find myself going up against from a sponsorship standpoint most often) is the PGA (Professional Golfers Association). NASCAR and the PGA almost mirror each other in the Male to Female consumer percentage with NASCAR leading the statistic with a 36% viewership with females according to the most recent data (Nielsen, 2018). NASCAR currently only trails the NFL in terms of viewership per event. On average, a typical NASCAR event averages 3.3 million total viewers with 1.1 million female viewers and 761,000 live television viewers in the 18-49 age demographic. So, who exactly is this core NASCAR fanbase?

With a national reach, the largest fan base markets (LA, NY, Atlanta, Philadelphia, Chicago, Dallas, Tampa, Orlando, Wash DC, and Phoenix) each have approximately 1 million+ NASCAR fans and are growing.

Brand Loyal
NASCAR fans are notoriously brand loyal with 86 percent understanding that race teams cannot run without sponsorship. Following up on that understanding, 81 percent state that they “appreciate what a sponsor provides to the NASCAR experience”. With statements such as those, it is easy to see why NASCAR audiences index so very highly when it comes to sponsor appreciation and contributes to sixty three percent of millennial NASCAR fans stating they “always buy products from NASCAR sponsors”. An even bigger statistic is that fifty five percent of the coveted millennial consumer indicate that they will switch brands because of a NASCAR sponsor. NASCAR fans are truly a unique segment of the sports consuming population which actively consume and then respond to a sponsor’s message.

Tech Savvy Consumers
No longer is a NASCAR fan just consuming the sport on race day broadcasts or at the track. Reports show that the typical NASCAR fan consumes ten hours of NASCAR content per week across all platforms (social, digital, TV, etc…). Eighty one percent of fans also report utilizing a smart phone with seventy eight percent utilizing mobile apps. These numbers contributed to a heavily utilized and engaged audience base that helps deliver 2/3’s of the total NASCAR content consumed via digital and social NASCAR and team outlets.

What Does This Mean for Sponsors?
So now that we understand the demographic breakdown of the NASCAR consumer as well as brand loyalty and market growth, what makes NASCAR appealing over other sports?

For comparison’s sake, the situation business development representatives such as me find with most potential partners trying to decide between NASCAR and the PGA for sponsorship. What we must acknowledge is that the PGA does a fantastic job at understanding their brand and consumer, as does NASCAR. The ratio and core demographic age range of NASCAR and the PGA correlate very well to each other, with the main difference between the demographics being median household income. NASCAR has traditionally appealed to the middle class while the PGA targets a higher net worth individual. It is the sponsor’s job at that point to understand their product and who purchases it, as some products such as Rolex, Barclays, etc… are natural fits for the PGA (note that Rolex does have a relationship with
Daytona, but are not the pillar partner as with the PGA). While on the other hand consumer packaged goods and construction industry related products and services, etc… resonate better with the NASCAR audience.

Initially, it seems that the sports are competing for two different types of consumers, NASCAR with the middle income focused and PGA with the high net worth individuals. What the teams and sponsors are now seeing is an unprecedented crossover between the two sports. It is very typical for a golf tournament and race weekend to align schedule wise and find out that people are attending both events, one day at the course and one day at the track. Both sports excel in attracting a fan who enjoys the unique event experience that mimic each other, and sponsors appreciate the engaging client hospitality scale that each provides. It’s not uncommon for dozens of the team and sport sponsors to have in excess of 200 guests at each NASCAR race, but the key area where NASCAR shines is reach. NASCAR averages more viewers per minute (3.3 million) than any other sport, excluding the NFL. The next closest brand as far as viewers per minute is the NCAA with 1.9 million with the PGA averaging 1. million. So not only are sponsors projecting to a diverse audience, but a very large one as well.

We can conclude that the information shows the evolving reach of the NASCAR platform and the NASCAR fan which presents a great opportunity for potential sponsors. With the large fan base along with an evolving and diverse consumer it can be said that NASCAR offers the best dollar to impression ratio in all professional sports. Fans are now embracing the digital and social offerings in conjunction with the at track and terrestrial (TV and Radio) broadcasts. This creates a fully engaged, brand loyal consumer who is not averse to change and absorbs content across various touchpoints while actively interacting with partners in the sport. 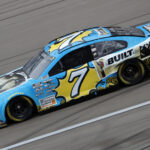 How a Race Team Sponsorship Comes to Life

What You Get When Sponsoring a NASCAR Race Team 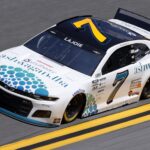