When most people think of a NASCAR sponsorship, they immediately think of a branded car racing 200 mph down a track with a driver in a branded fire suit. While they are not wrong – this is the most obvious sponsorship tactic, after all – it is not the ONLY way in which potential sponsors can enter the sport through sponsorship. As a potential sponsor, it is important to understand the types of sponsorship opportunities available to you and how they can help your business. Ultimately, when contemplating a NASCAR sponsorship, there are five primary points of entry (think ways to sponsor): the league (NASCAR), race teams, drivers, race tracks, and media.

League
A sponsorship at the league level is essentially a sponsorship of NASCAR. An easy example of this entry point is the NASCAR Cup Series title sponsors. In 2020, Anheuser-Busch, Geico, Coca-Cola and Xfinity signed up for entitlement sponsorship.

As the series entitlement sponsors, those brands benefit from having their names directly attached to the most popular form of motorsports in North America. As the title sponsors of the top series in NASCAR, they gain tremendous brand exposure and loyalty from the sport’s fan base.

Sponsorship at the league level does not provide direct access to teams or drivers. Instead, it allows companies the opportunity to associate their brands with the NASCAR logo and use “Official Partner of NASCAR” in their branding/messaging. Additional sponsorship opportunities are available with the league and are scalable, including NASCAR.com, which has shown tremendous growth in recent years.

Team
Sponsoring a NASCAR race team is very similar to the same sponsorship in more traditional “stick and ball” sports, where you have rights to use the logos of the team and are an “Official Partner” of the team.

Race team sponsors are the companies and the brands that you see on the race cars each and every weekend. No other point of entry in NASCAR sponsorship allows access to the car branding. With a race team sponsorship, you are forward facing to the race fans and gain visibility like no other opportunity in sports.

As an example, Axalta is a founding partner of the Philadelphia Eagles in the NFL. When the Eagles were lifting the Lombardi Trophy, after winning the Super Bowl, there were no Axalta logos on the players jerseys. In contrast, look at any photo from a NASCAR Victory Lane celebration and you will see the sponsors of the team prominently displayed for all to see.

All team assets, including the car, are branded. This list includes, but is not necessarily limited to, the driver, driver/crew fire suits, truck and hauler, track equipment, social media/PR support and content production.

Driver
Sponsoring a driver is most often connected to race team sponsorship. This makes sense as the driver is obviously very closely connected to the team. However, a driver sponsorship can be done independently as a point of entry, and when done directly, it is referred to as a Personal Service Agreement (PSA).

PSAs tend to revolve around things like clothing, watches, or items of that nature. These deals only entitle the sponsor rights to the driver. A PSA does not provide rights to a driver’s car number or access to images of him/her in their branded fire suit. Those assets are controlled by the team.

These deals are essentially paying a driver to be a spokesperson for your brand and work best when the driver has an authentic connection to the brand.

Tracks
The next point of entry is the tracks at which NASCAR events run. The most visible form of track sponsorship is a race entitlement. This is basically a “naming rights” deal for the race. Common examples include the Geico 500 or the Coca- Cola 600.

Race entitlement sponsorships come with assets such as tickets, suites, or hospitality opportunities. Another example of a track asset that can be sponsored is track signage. Track signage can take on many forms, such as large billboard signs around the race track, logos painted on the infield grass, logos on the walls of the track, and more, all of which are visible on the TV broadcast.

Another valuable way to reach fans at the track is the fan zone or the “midway” area. The midway is a large experiential display area (think fun, carnival atmosphere) where fans can interact and engage with brands who are showcasing their products. It is a destination for most fans on race day to walk around, buy their merchandise and get goodies/giveaways along the way.

Media
The fifth and final point of entry is media. Media, as a point of entry, can be considered as a standalone investment, but in most cases, it serves as a support tool for the other points of entry.

Spending money in media helps amplify a sponsor’s message and enhance their larger sponsorship spends in the sport. Opportunities within media include sponsoring the race broadcast on TV (Fox and NBC) or on the radio (MRN and PRN).

Further, investing in Public Relations, as a support tool, is always recommended but Social Media (including content) has become a hot channel recently as many brands are looking for unique ways to talk to their target audiences and cut through the clutter. Social Media and fun, branded content is now a common ask. So much so, that teams are building content studios and hiring content developers to meet the requests of their sponsors.

So, Which Entry Point is Right For You?
When considering the entry point options available for sponsors, it is important to have a firm grasp of what your goals and objectives are prior to making any decisions on spending sponsor dollars. Not every entry point is right for your brand and it can be cost prohibitive to do them all. It is common practice to explore more than one entry point to create the strongest sponsorship program possible. Having your goals and objectives set, and agreed upon, will help generate a stronger return on investment than by blindly spending and hoping for the best. 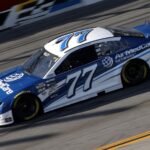 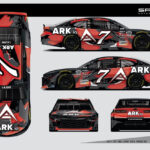